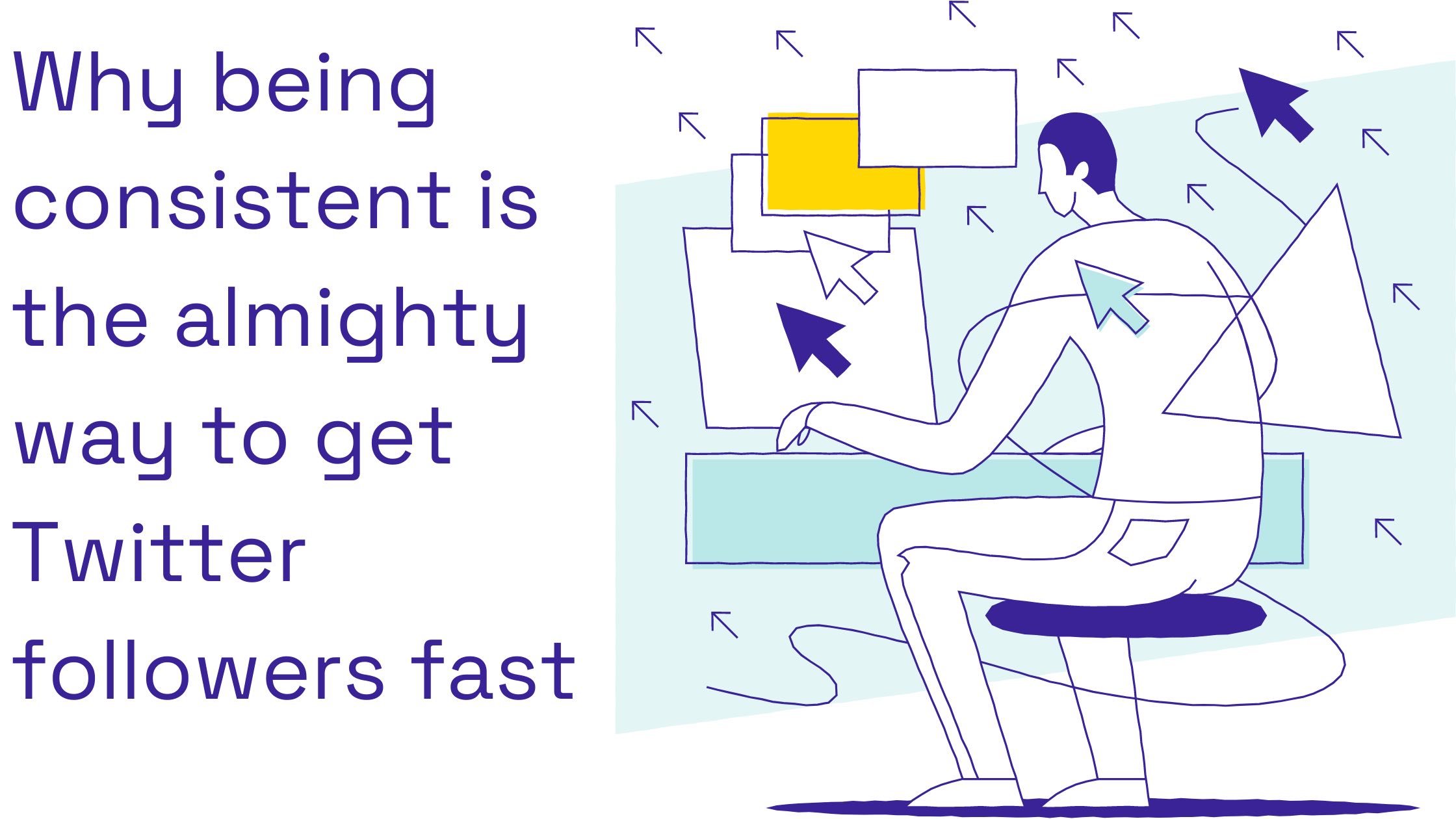 Bonus tips included for your Twitter profile at the end of the post, which makes a difference ( A significant step on how to build a following on Twitter )

Consistency is the key for increasing followers.

As said by John C. Maxwell,

When we generally think of successful people who get significant success in their field, the first thought that comes to our mind is if that particular person is persistent, is just lucky, or maybe has an ambitious nature in himself. Indeed, these play an important role which helps people in their success of achieving what they desire, but one key factor which trumps most of them is being consistent.

Being consistent, in my sense, means that you can focus on something without being distracted, but it also requires us to be determined in taking efforts towards it over a long duration of time.

I can also take my experience when I wanted to learn a particular habit, for example, getting up early in the morning. The more consistently I did it, the better I got at. Thus I got a high-quality sleep at night most of the time.

Disclaimer: Being consistent actually works on Twitter, and their algorithm loves it

Many large brands have a renowned name, but they do not require consistency because their brand speaks for itself.

Since these big brands have built their reputation already on the internet, they would quickly grow on Twitter when they would tweet the first time through their Twitter handle. Also, I do not think they ever have to google "how to increase Twitter followers for business."

For any small-medium business, it is easy if they are consistent.

Twitter is an extensive social network, and according to statistics, Twitter is the highest preferred social media network on which you get to engage with your customers. Twitter also has a straightforward interface and perhaps a platform on which it is easy to grow from scratch.

Remarkable fact "data says that the more tweets an account has, the more followers they're likely to have"

Therefore you have so many options of tweeting out also.

Do you also write blog posts which are an essential part of content marketing? The current trend is to make them into Twitter threads, where your blog will get divided into several tweets since a tweet can only consist of 280 characters.

Start Using Automation on Twitter for Business Growth, Save you Time with Makezu's features designed to enhance your Growth tactics.

Want to post creative content such as photos, videos, GIFs as these tweets can easily catch people's attention.

Engaging with other Twitter users of similar interests through retweets, tagging them, replying to them but again not randomly replying but actually, something valuable since as users on Twitter will also start engaging with your tweets.

Utilizing well-researched hashtags can help your tweets reach more audiences, like how SEO's value is to a website helping them with higher reach across the internet.

Now that you have a lot of information on how you can grow on Twitter quickly, wouldn't it be great if you, as a social media marketer or Twitter marketer, can relax back and enjoy your beautiful time in this world? At the same time, an automation tool helps you achieve high growth on Twitter?

So how to achieve growth on Twitter? Makezu comes to the rescue.

Since the best Twitter strategy to grow your Twitter account is by being highly active on Twitter, our Twitter automation feature based on AI will help you. It only takes 5 mins to set up, improves your engagement rate, and the best saves you a lot of time.

In automation's, you can rely on the power of our AI technology to schedule your tweets and post the latest articles (valuable content) on your behalf from Top-Notch sources with smart hashtags.

Retweet, like based on your relevant topics, or welcome all your new followers through a pre-configured direct message through your Twitter profile.

Engaging with users of similar interest, which according to your personalization, would also be possible

One of the best ways to stand out on Twitter is improving and tweaking your Twitter profile.

And as you use Makezu, you will see an increase in the number of your profile visits.

But how is that achievable? Follow a few tips, and then you on the right track, according to Twitter.

Disclaimer: This will boost your profile quickly if you follow them.

Bonus Tip 1: Embody your brand. Use a profile picture and a cover image according to your exact offerings to the market needs. Many brands on Twitter do not use a good cover image on Twitter profile, and even if they do use one, it is an outdated image or not relevant.

Bonus Tip 2: You have 160 characters to fill in your Twitter bio. Please spend some time telling a story and making it eye-catching and to the point, and adding some copywriting skills to it. Think of it as SEO for your profile. Add keywords, hashtags, URLs, emojis.

Bonus Tip 3: Adding your own branded URL to your Twitter profile. Add a branded short URL so that you can retarget your visitors later on.

In the end, combing all the should help you when you combine your consistency + Twitter profile + bringing value to Twitter = best way to grow your Twitter following. 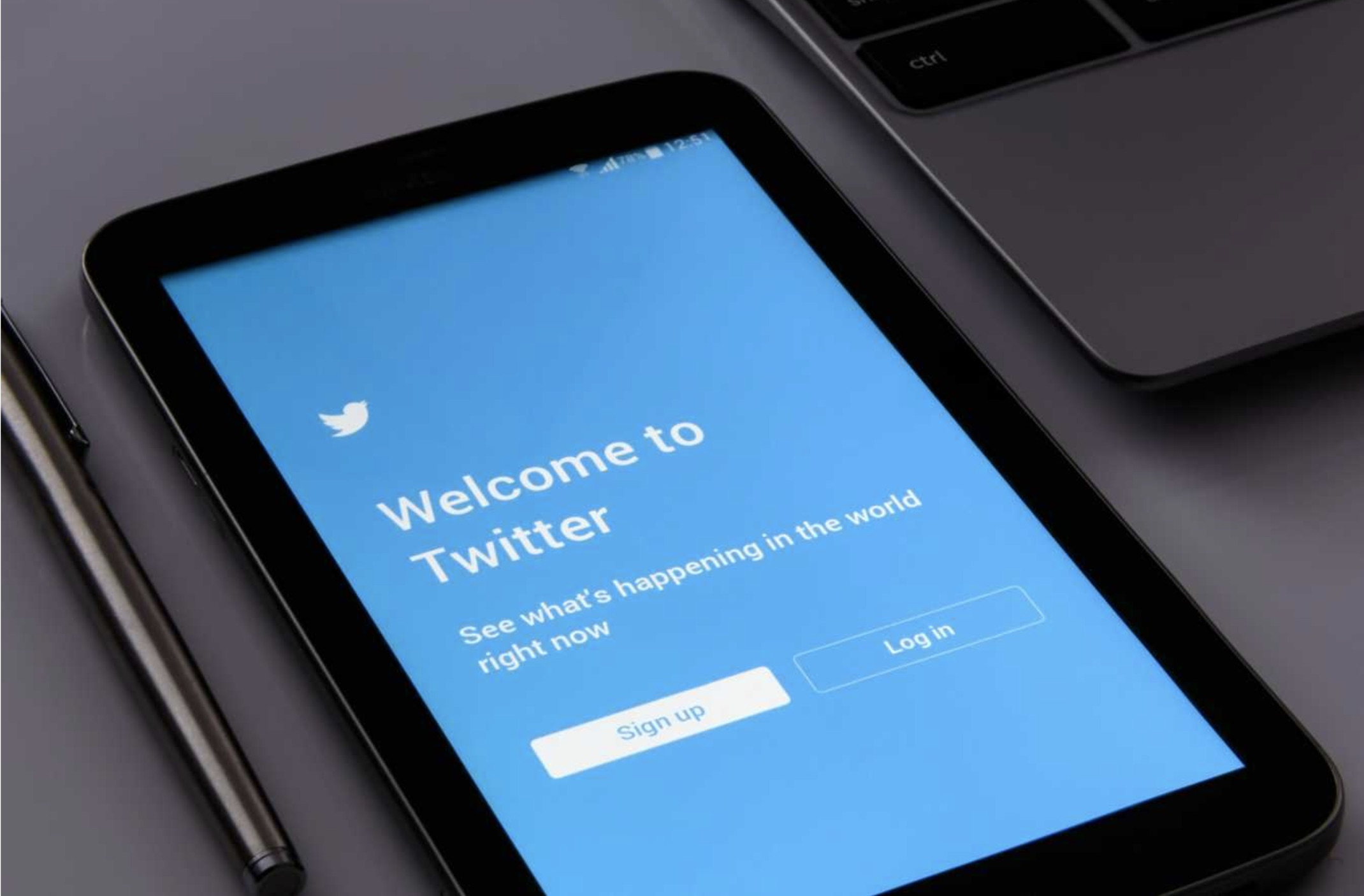