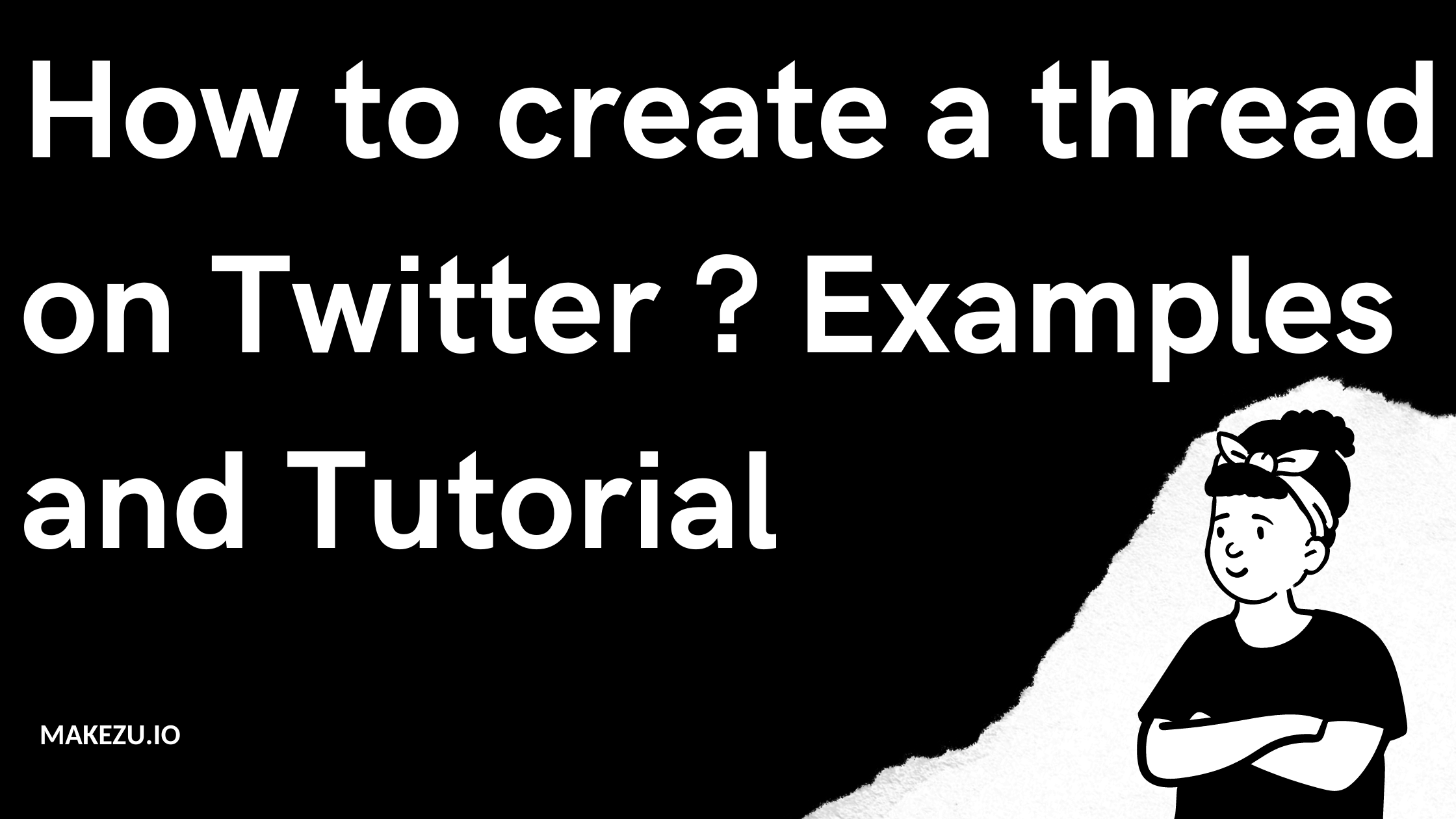 Great. But what are threads? How do you create one on Twitter? And why should you start making threads? We will answer these questions and more!

Have you ever felt that sometimes a single Tweet does not cover your thoughts regarding a subject? That is because you're talking about something too big for 280 characters! So, what can you do to put your thoughts into an excellent thread on Twitter is to combine tweets.

I also know that's sometime photos, videos or gifs can't describe particular information too and there is a necessity to write down that into a series of tweets though I still believe in certain situations a photo can speak more than 1000 words which has its own pros and con's.

Thread posting on the Twitter social media platform allows you to take a conversation and add another tweets to your conversation in real-time rather than having one long, disjointed conversation.

If you do Twitter marketing it is one of the best social networks for your business, but you have to master it, and one perfect way to do that is to use the threading feature to create good tweets for Twitter.

Threads have been all over the place on Twitter. But threads are fun to do and can be great for getting more attention through your content. For me, it's a little bit like scrolling down a book or magazine where you see one idea after another.

So, I'm here with some basics of creating a thread, why you should start making threads, some examples, and an easy tutorial for actually creating one.

Of course, with your imagination, you have unlimited possibilities.

How many tweets is a thread?

There is no hard or fast rule according on Twitter formatting for this but multiple concurrent tweets, which can start with two tweets at least though you can add as many tweets but be careful to create them as spam and do not forget to provide value in your tweets.

In our opinion, this depends on your niche and the type of audience that will look at your threads. For instance, people in finance are used to reading long pieces of text so that might work in that industry, but there might be some industries or niches where you could use informal language with your audience. Therefore, it is vital to understand your niche and audience to see what they like or do not like and later test different twitter threads.

In the next section, I will show you instances of where you can use Twitter threads

If you are a fan of writing blogs or if you have a large amount of text at your disposal or you want to tweet an article, you can convert your long pieces of text into Twitter threads

Create tweets that are related to other tweets.

You can use this method when you have a set of steps to explain or a list of things you want to share.

Let us see how Sahil uses this technique.

He first starts with a small introduction to his topic and later shares the "steps to accomplish" by invoking curiosity which I discuss in the next Twitter thread example.

Curiosity will invoke people's attention, and once you have that, people are likely to read more not only your thread but also want to explore more about you.

Let's have a close look at how Craig uses curiosity which gets our attention.

Do you ever wonder how to explain topics that cannot be created in just 280 characters, or they are so complex for people's short attention span nowadays that they have to be made in a format that can be digested easily?

Here we have 10kdiver who explains finance and investing concepts through his Twitter threads.

So, you have a bunch of tweets already now, but you want to share them in a well-formatted manner, and this is where you can also use the threads feature.

Now that we know how to some ways how we can use threads let us see what you get from creating Twitter threads and perhaps these examples can be a good first tweet's to start your Twitter journey.

Use Twitter for Business, Take Advantage of Makezu's Artificial Intelligence to Create Threads, and much more with Makezu.

Traction, in plain words it is a measurement of the growth of a startup/ small business. It also shows that the business has found the right customers for its product.

However, you would be wondering how this can apply to Twitter threads. Once you start posting threads consistently for a specific duration in your niche, you will gain a higher reach for your Twitter profile  and increase your engagement rate. The Twitter algorithm appreciates this, and therefore it will eventually show your tweets to the right customers in your particular niche.

Threads are a simple way to improve the conversation on Twitter. A Twitter thread is a conversation that happens among multiple Tweets. The tweets are connected together as replies to each other. Threading tweets makes it easier to have detailed conversations.

In the days of social media marketing on Twitter, threads have become a popular way to communicate with others where you can start an engagement conversation by replying to one of your own tweets and linking it to another, creating a whole thread of discussion.

An alternative to publishing a blog

If you are interested in writing blogs, Twitter can be a great platform since you break down your blog into short pieces and share it as a thread allowing users to get the information concisely and later if they want to read more, they should be able to visit your blog.

It is important to note that even if you have great content and cannot get the audience's attention in the first tweet, it is doubtful that they will not go ahead and read your Twitter thread.

Now that we know about the benefits, let's take some take action to create threads with a tutorial

A small video tutorial for making a thread on Twitter.

Another way to create threads just from the Twitter homepage is the option to "tweet" right in front of you, where you can start typing and then follow the same method from the video.

Here is the thread we have created.

Another question we often get is

How do I add a quote tweet to a thread?

First, we come across a tweet that I want to quote and also create a Twitter thread from

I want to quote this tweet from Arvid. First, I press the retweet button

Start writing your first tweet and later press the "+" button.

You can read more about quote tweets by clicking here

Now that we have learned a lot about Twitter threads, here are small tips to make them better.

We have also written a blog where you learn how to write tweets, and you can click here to know more

Did you know that you can make threads faster?

With Makezu, you can let our Twitter automation platform take care of of all the hard work which will help you stay ahead in the game on Twitter

Leverage Makezu to Use Twitter for Business, and to Create Threads faster. 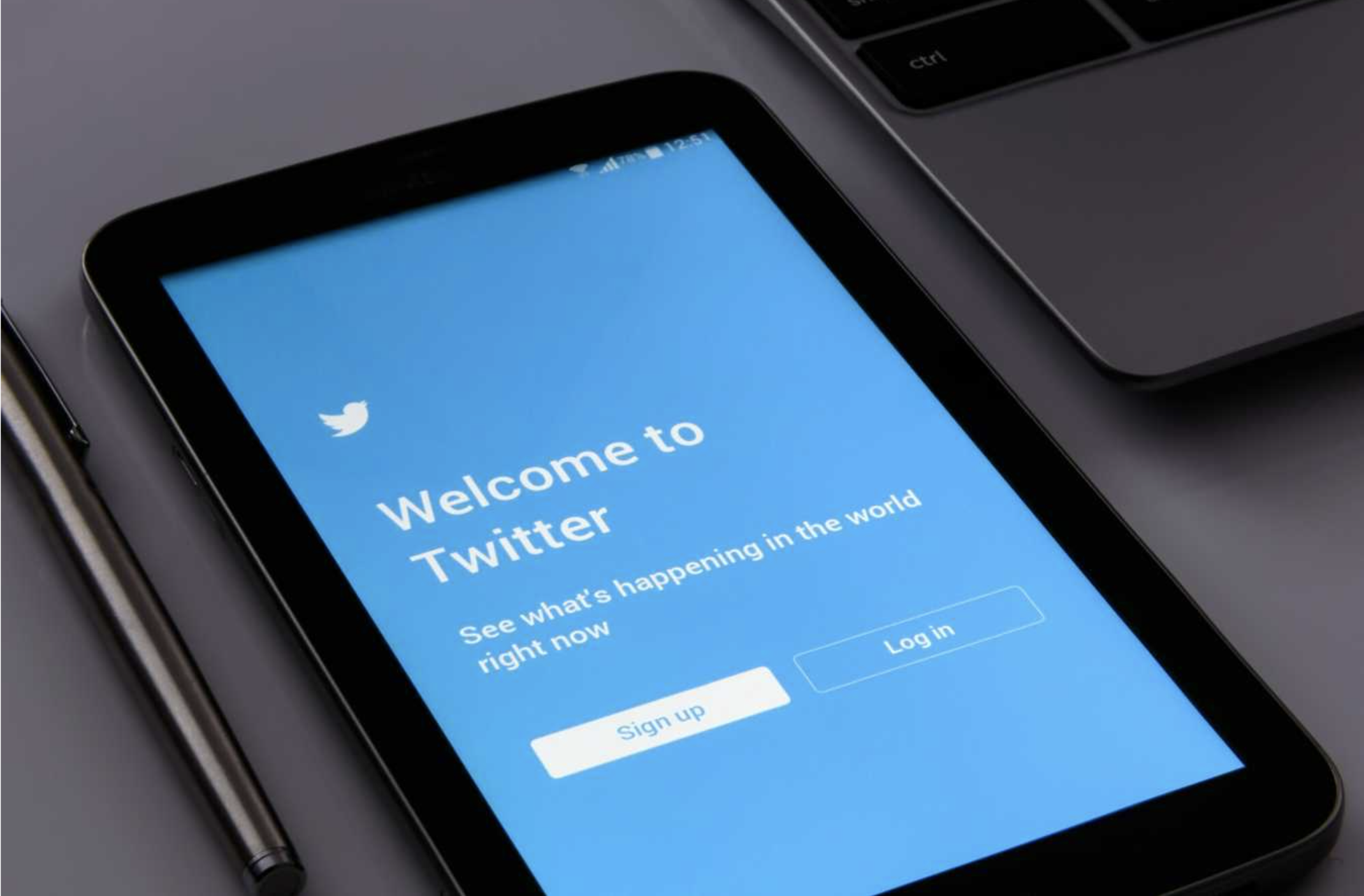